Chinese Cantonese Translators at Your Service

Where did Cantonese originate as a language?

Cantonese, also known as Standard Cantonese, is a variety of the Chinese language spoken in the city of Canton (Guangzhou, capital of Guangdong Province) and its vicinity in southeastern China.

How would I know whether I need to have my English document translated into Chinese Cantonese?

In which countries is Cantonese an official language?

What is the size of Cantonese-speaking population worldwide?

Approximately, 120 million people. Cantonese has been the most-spoken language among the Chinese communities residing outside of the Chinese territory, particularly in the USA, Canada, Australia and the UK.

How different is Cantonese from Mandarin, the official language of China, in its spoken and written form?

A notable difference between Cantonese and Mandarin is how the spoken word is written; both can be recorded verbatim but very few Cantonese speakers are knowledgeable in the full Cantonese written vocabulary, so a non-verbatim formalized Cantonese written form has been adopted which is more akin to the Mandarin written form. This results in the situation in which a Cantonese text and a Mandarin text may look similar, but are pronounced differently.

Quite different. Cantonese is usually written with traditional Chinese characters, whereas Mandarin is written with simplified Chinese characters. As a matter of fact, written Cantonese often includes extra characters as well as characters with different meanings from written vernacular Chinese due to the presence of words that either do not exist in standard Chinese, or correspond to spoken Cantonese. This system of written Cantonese is usually found in colloquial contexts, such as entertainment magazines, social media, and advertisements.

Not necessarily. An English legal term may have one counterpart in the Simplified Chinese version (written Mandarin) yet have a partly or wholly different counterpart in the Traditional Chinese version (written Cantonese/Taiwanese). For example, an experienced English to Chinese legal translator will use one set of legal terms when translating the English legal terms, such as “claim”, “charge” and “ombudsman” into written Mandarin, and will use a different set of terms when translating these English terms into written Cantonese. The main reason for these discrepancies is the difference between the legal traditions and systems of mainland China and that of Hong Kong and Taiwan.

Just to be on the safe side, when would it be better for my Company to have our English documents translated into both Cantonese and Mandarin?

Translating an English document into both Simplified Chinese and Traditional Chinese is always a better choice which ensures that your document will be understood by a larger number of Chinese readers.

If you work for a multinational firm and want to translate your Company’s Legal Disclaimer, Directions for Use, Warranty Clauses, etc. to target both mainland China and Hong Kong/Macao/Taiwan, we recommend to have your English documents translated into both Simplified Chinese and Traditional Chinese.

If, on the other hand, your legal, technical, or medical documents target ONLY mainland China, including Guangdong, Guangxi and Hainan provinces, where Cantonese is predominantly spoken, remember that people there have no problem reading Simplified Chinese, because it is the official written language of mainland China.

Similarly, when your English document targets ONLY the Chinese community residing outside of mainland China, in places such as Hong Kong, Macao, Taiwan, etc., having your documents translated into Traditional Chinese would be sufficient. 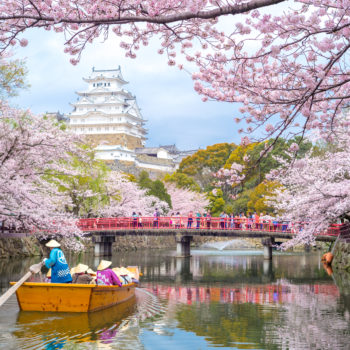