Do you have a civil complaint to be translated from English to Simplified Chinese?  Looking for SDSs translations from English to Chinese, or inquiring about translating Chinese national mandatory technical standards (GB) and Chinese national recommended technical standards (GB/T) from Mandarin Chinese to English?  Interested in English to Chinese writing, needing to translate Chinese characters to English, wondering about Chinese symbol translation, want to find China language translators to translate Chinese Simplified text to Traditional Chinese text, to translate English to Mandarin Chinese text, to translate Taiwanese Mandarin to English, or need to hire a Chinese dialect translator?

Chinese to English legal document translation services play an important role in today’s global economy.  More than one billion people call China home – making Chinese the world’s most widely-spoken language. In fact, 20% of the world’s population speaks Chinese! So, of course, if you want your business to have any kind of global outreach,  you’re going to need a Chinese language translator to do a professional English to Chinese legal translation at some point.

Under the Chinese umbrella, there are several different languages, with Mandarin, Cantonese, and Hakka being some of the most well-known. Out of these, Mandarin is the most popular, and it’s actually considered the official language of the People’s Republic of China. It’s also the standard language of commerce in Taiwan – so if you’re planning on doing any kind of business in the area, you’ll need a professional Chinese translator who specializes in translating English documents to Mandarin Chinese.

If your legal document is intended to be used in Guangdong (formerly Canton) Province of China and in Chinese-speaking areas outside of the mainland, such as Taiwan, Hong Kong, Macau, your English document will need to be translated to Chinese using  traditional characters.  In other words, you will be requesting an English to Traditional Chinese document translation.

Even though they all come with different words and nuances, all of the Chinese languages use the same core set of Chinese characters. However, that doesn’t mean these languages are easy to deal with!

Producing certified Chinese translation services is one of the hardest things to do for a China language translator. In addition to all of the different Simplified Chinese characters, most of the grammatical rules are completely opposite from what you see in English. As a result, your certified English to Mandarin Chinese translator won’t be able to go word for word. Instead, your Chinese document translation will take some time – because your Mandarin translator will have to decide which phrases are most appropriate for each sentence.

If your English to Mandarin translator picks the wrong phrase, your documents will give off the wrong vibe – something you simply can’t afford in the corporate world! 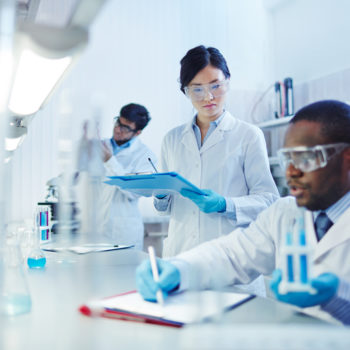