Court Has Jurisdiction Over Taiwanese Corporation

We’ve blogged before about legal translation services for international patent disputes and the need for certified legal translation services during discovery and litigation. In some cases, obtaining service on individuals in foreign countries or obtaining the production of evidence from foreign individuals involves complicated measures such as letters rogatory and compliance with the Hague Convention. However, as discussed below, these additional measures do not apply if the subject of service or discovery is located within the United States.

In the case discussed below, Sanho v. Kaijet, the plaintiff, a U.S.-based computer electronics company, filed a suit for patent infringement. The plaintiff named two defendants, a U.S. corporation headquartered in Delaware and its subsidiary, a Taiwanese corporation. The plaintiff alleged that the two defendants were actually one entity due to overlap of their ownership, officers, directors, control, and business operations. The plaintiff claimed that the defendants misappropriated its technology related to a docking station known as the “hyperdrive” in violation of the plaintiff’s two patents.

The plaintiff responded, arguing that it had filed a proof of service indicating that the defendant personally served a “managing member” of the Taiwanese defendant. The defendant admitted that the managing member had been served but argued that service was improper because the member was not an officer, director, or manager and was not authorized to accept service on the defendant’s behalf.  The defendant argued that service was improper because the plaintiff did not comply with the procedure for “letters rogatory” to be served in Taiwan and, in addition, failed to provide the defendant’s representatives with a certified English into Traditional Chinese translation of the complaint and summons.

What are “Letters Rogatory?”

Taiwan is not a party to the Hague Convention on Taking of Evidence Abroad. Packard v. City of N.Y. (S.D. N.Y. 2018). Nor is it party to any other agreement or treaty. Thus, letters rogatory must be used in obtaining evidence or effectuating service from individuals in Taiwan.

Obtaining letters rogatory, however, does not ensure “smooth sailing” from a foreign jurisdiction. For example, in Su v. Sotheby’s, Inc. (S.D. N.Y. 2018), the defendant filed a counter-claim against a Taiwanese third party and sought and received letters rogatory from the court. The court then sought international assistance from Taiwan’s judicial authority to effect service on the third-party defendant at the two addresses associated with him. However, according to Taiwanese authorities, service could not be effected because the occupants of those addresses refused to accept the documents. The district court then directed the defendant to file a motion for alternative service in light of these service of process challenges. Following a hearing, the court granted the motion in part, finding that the third-party defendant was evading service, but ordered the plaintiff to attempt to effect service by publication. Specifically, the court ordered the plaintiff to publish a certified translation from English to Traditional Chinese of the third-party summons and a brief statement (in Chinese) of the nature of the action and the relief sought in two newspapers of general circulation in Taiwan, at least one time per week for four successive weeks. Su v. Sotheby’s, Inc. (S.D. N.Y. 2018).

In this case, however, the court found the Taiwanese defendant’s arguments about letters rogatory were unpersuasive. First, the Court held that the letters rogatory and the Hague Convention requirements were irrelevant because the plaintiff served the defendant personally in the United States. The court cited Through Donaldson v. Volkswagenwerk Aktiengesellschaft, 104 F.R.D. 95, 97 (S.D. Fla. 1985), which the court held that “[b]y its terms, The Hague Convention is applicable only to attempts to serve process in foreign countries.” (In addition, as noted above, Taiwan is not a party to the Hague Service Convention.)

Second, the court rejected the defendant’s argument that the documents served violated Rule 4(a) because they did not include a translated version of the documents, holding that “there is no such requirement in Rule 4.” In support, the court cited Albo v. Suzuki Motor Corp., Case No. C.A. 30-0139-KC, 2008 WL 22783508 at *3 (W.D. Tex. July 2, 2008), where the court noted that the defendant in that case had not cited any authority for the proposition that failing to translate a summons into a country’s official language constituted a defect in the service of process.

Court Finds It Has Jurisdiction Over Taiwanese Defendant.

The court further rejected the defendant’s argument that it was not subject to personal jurisdiction because it was a Taiwanese corporation. Instead, the court found that jurisdiction was proper under Georgia’s Long Arm Statute on the grounds that the Taiwanese defendant sent email communications to Georgia regarding transactions and pricing. In addition, the court found that it must consider the evidence that the Taiwanese defendant had shipped and sold the disputed product in Georgia in favor of the plaintiff at that stage of the proceedings.

The case is Sanho Corporation v. Kaijet Technology International Ltd., Civil Action No. 1:18-cv-05385-SDG decided on July 29, 2020 in the U.S. District Court for the Northern District of Georgia, Atlanta Division.

Up Next: Legal Translation for Immigration Cases 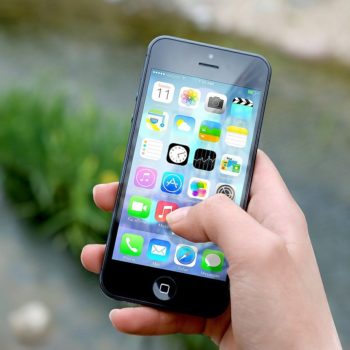