Law firms and financial services firms are often in need of Dutch ediscovery translation services, Dutch to English business document translation services, and Dutch deposition interpreter services for in-person and remote depositions.  If you do business with anyone who speaks Dutch, it may be nice to hear that their language isn’t all that different from ours. In fact, Dutch is one of the closest languages in the world to English. It’s also very similar to German. Think of Dutch as being the chocolate and vanilla ice cream swirl of the translation world — a mixture of English and German thrown in, with a few unique twists of its own (consider those to be like the sprinkles on the ice cream!).

As similar as Dutch and English are, though, the language actually shares more similarities with German. In fact, Dutch speakers will understand a good portion of German and vice versa.

But even with all of these similarities, a good English to Dutch translation comes with some nuances that you won’t find in other languages. So, what do you need to know to end up with the very best translation?

– The grammar is a little different

Dutch uses the same Subject-Verb-Object sentence structure that English does. However, in a Dutch to English translation, adverbs will wind up all over the place. As a result of those odd adverbs, verbs can sometimes wind up at the end of the sentence.

Dutch is the official language of the Netherlands, Aruba, and some of the smaller islands in the Caribbean. It’s also spoken in Belgium, South Africa, and parts of France. By the time you count everyone, there are more than 20 million Dutch speakers around the world!

Depending on where you are, though, the language will sound a little bit different. That’s because there are more than a dozen different Dutch dialects. In fact, Afrikaans (the official language of South Africa) is actually a Dutch dialect!

– You don’t have to be formal

Unlike other languages, Dutch isn’t particularly formal. That’s because it comes from the Netherlands — where things are much more relaxed. As a result, you can get away with a Dutch translation that’s much more casual than if you were translating something into Chinese, Japanese or Korean.

Even though it’s relatively casual, Dutch can be a little confusing if you don’t read it extremely carefully. For example, adverbs and adjectives are the same words, so your translator will need to have a keen eye to avoid coming up with a Dutch to English translation that looks like “He performed beautiful”, instead of “he performed beautifully.”

Dutch also has some slight punctuation differences from what English-speakers are used to. As a result, if your translator isn’t careful, your Dutch to English translation can wind up with a ton of run-on sentences and make no sense!

Sure, this is important for any project, but it’s especially important in an English to Dutch document translation. Like their German counterparts, some Dutch words are very long — with very few vowels. Being faced with a long string of consonants can be tough for a novice translator to make sense of. 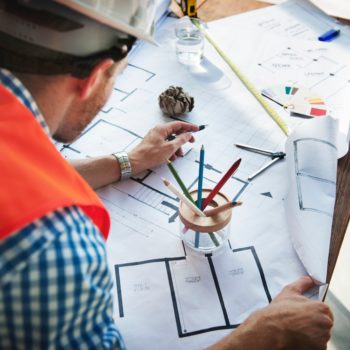