Certified Translation Can Prevent Injuries and Save Lives

This point is highlighted only too well by the tragic example of 18-year-old Willie Ramirez. Due to a lack of certified translation service, Willie was not provided the appropriate level of care for his condition and as a direct result he became quadriplegic. Although he later won a lawsuit that resulted in a settlement of $71 million, Willie’s life was all but destroyed due to a lack of medical interpreter services.

Willie’s story dates back to 1980, when he was admitted to a hospital because he was feeling sick. That day, while driving to his girlfriend’s house, Willie complained of a headache that he attributed to the smell of gasoline in his friend’s car. By the time they arrived at their destination Willie was incoherent, stumbling and clearly in urgent need of medical assistance.

His girlfriend’s mother called an ambulance. When Willie arrived at the hospital, he was in a comatose state and rapidly deteriorating. The doctors suspected he had overdosed on drugs. Without onsite medical interpreters, Willie’s Spanish-speaking friends and family attempted to explain what they believed to be wrong with him. One word in particular was used frequently by numerous individuals – “intoxicado.”

Among Spanish speakers, “intoxicado” does not mean “intoxicated” in the sense that someone is under the influence of drugs and alcohol. In Spanish, “intoxicado” is a term that refers to the effects of ingesting something that makes you feel ill, such as rotten cheese or bad milk. A professional who was a certified medical interpreter  would have picked up on the literal meaning of this phrase and prevented medical complications. However, that did not happen.

The reason that several of Willie’s family members had been using the word “intoxicado” to describe Willie’s condition was that earlier that same day, he had eaten at a fast food restaurant and they assumed he had consumed something that ultimately led to his condition. Due to the misunderstanding for the meaning of “intoxicado”, doctors were operating on the assumption he had overdosed on drugs.

When doctors attempted to explain to the family, again without a medical translation services provider, that they believed Willie was experiencing a drug overdose, they were not contradicted. Willie’s family knew that he would never resort to taking drugs. However, in Cuban culture, doctors and other authority figures are never contradicted. Thus, Willie’s family and friends trusted the words of the doctors despite having their doubts about the accuracy of the diagnosis.

Willie was admitted to the intensive care unit for two days under the diagnosis of “probable drug overdose.” Two days later a neurologist was called because Willie became unresponsive. After examining the patient the neurologist realized that Willie was suffering from brain damage and immediately rushed him to a hospital with a CT scanner.

The CT scan revealed a left intracerebellar hematoma with brain-stem compression and an acute subdural hematoma. Doctors immediately raced Willie into surgery, but the damage had been done. By the time the operation was finished, Willie had quadriplegia.

What we can learn from Willie’s ordeal

Due to the simple misunderstanding of a single word, Willie’s life was changed forever. Though he survived the ordeal and received substantial compensation, Willie paid a terrible price. Had there been certified medical interpreters on hand, Willie would have been treated right away for brain damage. This, in turn, would have greatly increased his chances of a more positive outcome.

Since that time, the lessons from Willie’s ordeal have been taken to heart by various states, doctors and hospitals. Take Oregon, for example, which has made significant moves to bridge the language barrier between doctors and patients by requiring hospitals and individual practices to utilize medical interpreting and medical translation services. Despite these positive steps being taken, there is much progress still to be made. In Oregon’s case, more than a decade has passed since they began offering medical translation services, yet they still struggle with meeting the demand for professionals certified in medical translation.

To compensate, numerous hospitals and private practices have begun offering phone services that have translators on standby to interact with patients in several languages. Such phone services are a great solution and have proven to be invaluable to hospitals and doctors who deal with patients who don’t speak English. However, there are still problems with this solution.

Interpreters who work for these phone services aren’t necessarily medical interpreters. That means that their grasp of technical language and medical jargon is not necessarily on par with the medical staff they are translating for. In such a scenario, another tragedy similar to what befell Willie Ramirez could very well occur, because the interpreter may not be able to accurately describe a condition to a patient’s family. This could then hinder the family’s ability to communicate vital information to a doctor.

Had Willie’s family been able to communicate, with the help of certified medical interpreters, their fears about him having ingested something that made him ill, this would likely have led to an entirely different approach from medical staff.  Even minor but accurately translation information may influence a doctor’s actions and potentially prevent tragic oversights and the devastating effects that can occur as a result.

In an ideal world, hospitals should have access to certified translation services that are well versed in medical terminology, but in reality there aren’t enough qualified interpreters out there to meet the demand.

Oregon for example, has approximately 3,500 medical interpreters, but only 100 of these are fully certified. Therefore, if you or a loved one require treatment in Oregon and do not speak English, the chances of you having the support of a certified medical interpreter are very slim.

The main hurdle we face in changing this situation for the better is that it can be costly to get the qualifications you need to become a certified medical interpreter. Therefore, the number of individuals willing and able to make that type of investment is small.
In Willie’s case, it can’t be disputed that if a qualified medical interpreter had been on call who had the understanding needed of the language, cultural differences, and medical terminology to help staff reach the right conclusions, the situation would have turned out differently.

The case of Willie Ramirez isn’t the only occurrence in which a misinterpretation in a medical setting has led to disastrous results and it is sadly unlikely to be the last time this type of tragedy happens. This is one reason among many that certified translators are in high demand. Whether they specialize in medical translation services, legal translation services, or have multiple skill sets, certified translators have proven to be invaluable and are greatly needed to prevent future tragedies from occurring. 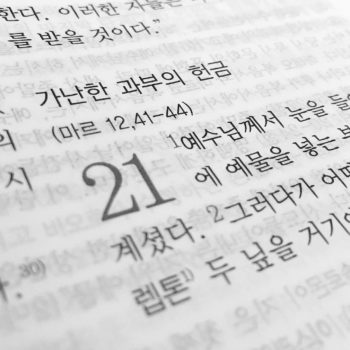