Accurate and professional medical interpreting services save lives. A poor medical translation, on the other hand, can destroy a life. In Zaw v. Birusingh, Plaintiff Zaw Zaw is a native of Burma, and his first language is Burmese. He moved to the U.S. in 2015. At some point Mr. Zaw went to his primary care physician and complained about having trouble urinating. His doctor concluded that a circumcision would resolve that issue for Mr. Zaw.

Accordingly, Mr. Zaw was referred to a urologist at an Iowa Clinic where he saw a specialist to undergo a circumcision, but what followed can only be described as a series of very unfortunate events.

A Botched Translation and a Botched Procedure

A second, different, Burmese interpreter was present for Mr. Zaw’s second appointment during which the urologist performed a vasectomy on Mr. Zaw, instead of a circumcision. At that appointment, Mr. Zaw signed yet another consent form wherein he agreed to undergo a vasectomy.  Understandably, upon finding out what had actually transpired, Mr. Zaw became very upset.

He then brought a suit against the clinic and the urologist alleging negligence. The clinic then impleaded the translation service company alleging that if the urologist was found to be negligent, then they would have a cause of action against the Burmese interpreters. The case eventually ended up in front of a jury, and the issue they had to resolve was whether the doctor was negligent in his communication with Mr. Zaw or in failing to obtain informed consent from him.

Anatomy of the Bad Medical Translation

Not surprisingly, the case ended up in the Iowa Court of Appeals which ordered a new trial on somewhat technical grounds. However, the harm has been done to Mr. Zaw, as he underwent a vasectomy which he never wanted. Notably, Mr. Zaw’s wife who also testified at the trial, described him as being very sad because of what had transpired.  Needless to say, this issue could have been avoided with the use of qualified and properly trained English-Burmese medical interpreters.

Get in touch with All Language Alliance, Inc. to request professional on-site medical interpreters who are fluent in Burmese, Oromo, Vietnamese, Korean, Amharic, Russian, Spanish, and other exotic, rare and common foreign languages, and to obtain multilingual ICF translation services by competent medical translators.

Up Next: Spanish Translation for Service of Process in Mexico 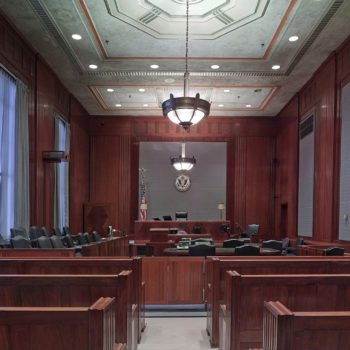