Medical interpreting services for hospital language translations are used by hospitals and doctors’ offices daily to comply with the laws requiring interpreters in healthcare.  In Mizyed v. Palos Community Hospital, 2017 IL App. 142790, the plaintiff, a native Arabic speaker, filed a medical malpractice lawsuit against a hospital and his treating physicians. A summary of the facts giving rise to his lawsuit are as follows:

In 2009, the plaintiff visited his doctor for a routine appointment. The plaintiff brought his daughter, who could speak and read English, to the appointment. At the appointment, the plaintiff was given an EKG to monitor his heart. Upon reviewing the results, his doctor informed the plaintiff that it appeared that he was having a heart attack and needed to go to the hospital right away. The doctor called an ambulance and transported him to the emergency room. At the ER, the doctors indicated that they suspected the plaintiff might need surgery due to a “major blockage.” The daughter and plaintiff’s other relatives were present in the E.R. with plaintiff. According to the daughter, none of the medical personnel spoke Arabic.

The plaintiff was discharged from the hospital three days later, despite the fact that he was not feeling well. After he was discharged, the daughter visited him at home and found him to be weak and having difficulty breathing. She called an ambulance and he was admitted to another hospital, where he received treatment for the infection he contracted at Palos, the previous hospital.

The plaintiff subsequently filed a medical malpractice action alleging that the Palos Hospital agents and employees were negligent in failing to “prevent, recognize, and treat” his infection and that they had discharged him prematurely.

Specifically, the plaintiff argued that “a patient cannot be considered to have notice of the independent contractor status of physicians if he lacks the ability to read English and the party who wishes to impose such notice on the patient does not take the time to actively ensure understanding.” The plaintiff further claimed that it was not sufficient for the hospital to provide him consent forms in English and that it was obligated to provide oral English into Arabic translation for the informed consent forms.

The court rejected the plaintiff’s argument that the hospital should have been required to prove his actual knowledge because he did not speak English on several grounds. Specifically, the court held that the hospital need only show that the plaintiff had been “placed on notice” regarding the relationship between his treating physicians and the hospital. The court found that his daughter’s deposition testimony demonstrated that the plaintiff had, in fact, been placed on such notice as to the relationship between his treating physicians and the hospital. Because the daughter, who is fluent in English, admitted that she had encouraged her father to sign the forms, the court found that the hospital had no reason to doubt that she had fully read and understood them. Furthermore, there was no evidence that either the plaintiff or his daughter had asked for any clarification on the information in the forms.

The court further cited to the long-standing principle that one who signs a document is charged with knowledge of its contents, regardless of whether he or she actually read the document. The court stated that it is well settled that “[g]enerally, absent fraud, the act of signing legally signifies that the individual had an opportunity to become familiar with and comprehend the terms of the document he or she signed. An individual ‘who has had an opportunity to read a contract before signing, but signs before reading, cannot later plead lack of understanding.” Hawkins v. Capital Fitness, Inc., 2015 IL App (1st) 133716, ¶ 14.

The court further reasoned that there was no evidence that either the plaintiff or his daughter had ever asked for the documents to be translated into or explained in Arabic. Instead, the daughter admitted that she “did not take the time” to read the forms in their entirety before encouraging her father to sign them. Thus, due to the signed consent forms and the lack of any facts showing that the hospital held out the doctor as its agent, the court held that the plaintiff had failed to present a sufficient factual basis to satisfy the “holding out” element of his apparent agency claim. Accordingly, the court entered summary judgment in the hospital’s favor.

This legal language translation blog article is provided for informational purposes only and should not be construed as legal advice. You should always consult an attorney regarding your specific legal needs.

Up Next: Real Estate Translation Services 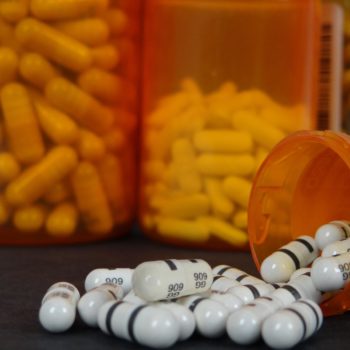