We’ve blogged before about the importance of having foreign language contracts and arbitration agreements translated by certified translators. In Mocha Mill v. Port of Mokha, Inc., the plaintiffs filed a lawsuit alleging claims of violations of the Racketeer Influenced and Corrupt Organizations Act (“RICO”) along with several state law claims against the defendants. The parties had attempted to start a coffee business selling coffee imported from Yemen. As discussed below, the parties’ relationship fizzled, resulting in federal litigation.

In 2013, the Arabic-speaking plaintiff and defendant started a business with the intent of importing, exporting, cultivating and distributing specialty coffee from Yemen. The parties created “Mocha Mill” with the hope of being the first company in the U.S. to sell premium coffee from Yemen. Several of the other plaintiffs joined as investors, and the individual defendant traveled to Yemen to build supply chain relationships. The parties’ relationship subsequently deteriorated, and the defendant started a separate coffee company called “Port of Mokha.”

Thereafter, the plaintiffs filed suit alleging that the defendant conspired to have the Port of Mokha beat out Mocha Mill as the first purveyor of Yemeni coffee. The defendants filed a motion to dismiss asking the court to dismiss the suit against them on several grounds.

First, the defendants argued that the plaintiffs lacked standing to initiate a lawsuit against them. The court agreed, holding that, according to well-established precedent from the 9th Circuit Court of Appeals, “a plaintiff lacks standing under RICO if the alleged injury is derivative of harm to another legal entity, such as a corporation.” In other words, the court held that shareholders and limited partners are precluded from alleging RICO claims when the harm is also derivative from the harm to their corporation or partnership. In this case, because plaintiff Mocha Mill, Inc. was a corporation, the individual plaintiffs could not also assert RICO claims themselves.

Dispute Need Not be Heard in Yemen.

The individual defendant also argued that plaintiff’s claims against him must be dismissed pursuant to an arbitration agreement between the plaintiff investors and the individual defendant. The defendant further claimed that the parties agreed that, in the event arbitration was not successful, that all disputes arising between them would then be resolved in the Commercial Court of Sana’a in Yemen. The plaintiffs, however, argued that the agreement was void and unenforceable because it was signed under duress and resulted from extortion. The court rejected the defendant’s request to have the clams dismissed based on the arbitration provision. The court explained that “the only certified translation before the Court…is not nearly as broad” as the defendant argued, and that the arbitration agreement available in English and in Arabic did not encompass the dispute at issue in this case.

*** This translation blog article should not be construed as legal advice. You should always consult a lawyer regarding your specific legal needs. ***

Up Next: Legal Translation of eDiscovery Documents for Asia-Pacific 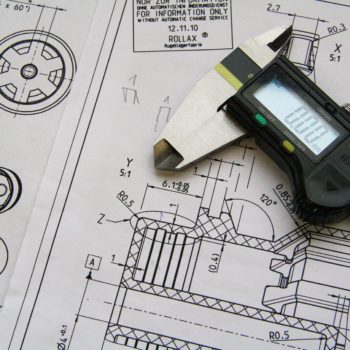