All Language Alliance, Inc. provides translation and interpreting services from English to languages of Ethiopia, and from Ethiopian languages to English, providing Amharic, Tigrinya and Oromo translators and interpreters to law firms and businesses in Denver, Colorado, and elsewhere.  Ethiopia is the second most populous country in Africa (after Nigeria), located in the Horn of Africa with an estimated population of over 100 million people. The country is often nicknamed the ‘rooftop of Africa’, as it is the most mountainous country on the continent. The Rift Valley cuts through the country and is where Lucy, the famed hominid Australopithecus species, was found. There are over 80 indigenous languages in Ethiopia, a country which is a bit under twice the size of Texas. These languages are divided into three language groups, Semitic, Cushitic and Omotic, and written with two different scripts, the Latin (English) script and Ge’ez script, a script which is unique to Ethiopia and Eritrea.

History of Languages in Ethiopia

Ge’ez is an ancient language in Ethiopia and derivations of its unique script date back to the 9th century B.C. and have evolved over time, which makes it one of the oldest written scripts in Africa. In this script, vowels and consonants are combined to form a single character, which makes the number of characters upward of 200, with the exact number of characters depending on the specific language in which this script is being used.

Both the Amharic and Tigrinya (Tigrigna; Tigray; Tigrie; Tigrai) languages are derived from the Ge’ez language and, besides having a distinct alphabet, they have unique numerals and grammatical markers. Ge’ez as a language is currently used predominantly in and around churches.

Amharic became the dominant language, and the working language of the court and government in Ethiopia, between the 10th and 12th century, when the central government moved from the northern region around Axum to the more centrally located Amhara region.
Besides unique languages and scripts within Ethiopia, the country is unique in its history in Africa, as the only country to have never been colonized. Therefore, there is no colonial language heritage within the country.

Denver has a very large Ethiopian community of around an estimated 40,000 people, which makes it one of the largest Ethiopian diaspora communities. Other thriving Ethiopian diasporas are located in Washington, D.C, Atlanta, Minneapolis, Seattle, Los Angeles.

Migration to Denver, Colorado, USA, happens both directly from Ethiopia as well as from other cities within the U.S.

In addition to unique languages and scripts, Ethiopia uses its own calendar, where there are thirteen months. This, along with a different system of time, which starts at dawn, often creates confusion when interpreting services are provided from Tigrinya, Amharic, Oromo, Anuak to English. For example, people often know important dates in the Ethiopian calendar, and it is not simple to convert between the calendars without the use of digital technology. In addition, the Ethiopian form of time is often ingrained in Ethiopian people’s minds which can further create confusion during an interpreted deposition.

While there has recently been a concerted effort within Ethiopia to improve literacy and significant strides have been made, illiteracy remains a significant issue. This sometimes can create issues when interpreting if Amharic, Oromo, or Tigrigna-speaking clients are expected to read something on their own or write something, even in their mother tongue. Many of the Ethiopians in Denver came to the US without a rudimentary knowledge of English and, thus, are attempting to learn the language as adults, which is substantially more difficult than language acquisition for children. In addition, many have had limited exposure to new technologies, which further hinders digital platform navigation.

Up Next: Legal Translation for Cross-Border e-Discovery 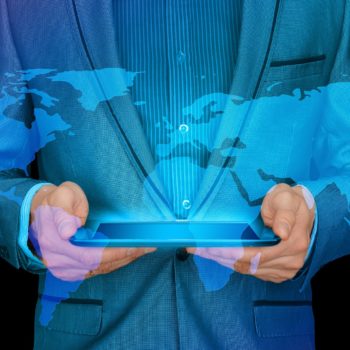