Certified Chinese to English translation services for U.S. securities litigation against U.S.-listed Chinese companies are in great demand due to The Holding Foreign Companies Accountable Act, recently passed by the House of Representatives, that would give the more than 210 Chinese companies three years to comply with auditing oversight rules applied to other companies listed on the U.S. stock exchanges.  We have all heard the expression – “stuck between a rock and a hard place.” Well, that is precisely where publicly traded Chinese companies, doing business in the United States, seem to find themselves. Recent federal case law seems to suggest that Chinese companies will have significant legal hurdles to overcome simply because documents that may help them in court are written in Chinese, rather than English.

Indeed, when the SEC files a complaint against a company, the company can try to dismiss the complaint early on (through a Motion to Dismiss) by showing documentation that undercuts the SEC’s allegations. However, with regard to Chinese companies, if those exculpatory documents are written in Chinese and not English, the documents may not be used on a Motion to Dismiss.

This strange quirk in the law that seems to put Chinese companies at a serious disadvantage is notable because of its obvious unfairness. Moreover, it is worth exploring this situation to see how legal translations services company All Language Alliance, Inc. at 303-470-9555 can help.

There are three main ways in which Chinese companies have the cards stacked against them when it comes fighting back against SEC allegations of falsehoods in public filings:

The first of three legal loopholes that hurt Chinese companies comes about when the SEC relies on certain Chinese-language documents in their complaint. Typically, if the SEC believes that a company made misleading statements in an SEC filing it will initiate securities fraud litigation.

When a Chinese company files a Motion to Dismiss the SEC complaint, it will typically rely on those very same documents the SEC attached to its complaint to show that the SEC does not have a proper claim. However, what has been occurring at that stage is that the SEC turns around and challenges the authenticity of those Chinese-language documents. This tactic has been documented in a number of recent federal cases.

At that juncture, the U.S. federal courts have most often sided with the SEC, stating that the argument that a document is not authentic means that the case cannot be summarily dismissed and must move on to the discovery and trial stage. The reason why courts make that decision is because a defendant company must meet a very high bar to get an SEC complaint thrown out on a Motion to Dismiss.

While it makes some sense that a court must give the SEC the benefit of the doubt on a Motion to Dismiss, such a decision has very negative consequences for Chinese companies. In short, even though there is evidence supporting the Chinese company’s position at the Motion to Dismiss stage, the company is forced to spend a massive amount of time and money to litigate the case to trial anyway simply because the SEC objects to the authenticity of a Chinese-language document.

In fact, there was one case, Snellink v. Gulf Res., Inc., in the Central District of California, where defense counsel actually went to China to get the Chinese-language documents notarized to prove authenticity. The federal court still would not rely on the notarized document over the SEC’s authenticity objection.

2. Disputes Over Accuracy of Chinese to English Translations

Parallel to the unfairness discussed above, Chinese-language documents are virtually ignored if the SEC disputes the accuracy of a Chinese to English translation. Specifically, if the parties at the Motion to Dismiss stage disagree over which side has the more accurate English translation of a Chinese-language document, courts will see the problem as a factual dispute. Accordingly, if there are facts in dispute, the court cannot grant a defendant’s Motion to Dismiss, because the factual dispute must be litigated.

Thus, as with the SEC crying “inauthentic,” the SEC can also survive a Motion to Dismiss by crying “inaccurate translation.” An example helps illustrate the point. In Buxbaum v. Deutsche Bank AG, a case involving a German (not Chinese) company, the parties disagreed over the English translation of the German word “Ubernahmegesprache.” The court found both German to English translations plausible and denied the Motion to Dismiss due to a factual dispute. Certainly, Chinese companies will fare no better than Deutsche Bank AG did.

In a final stroke of unfairness, Chinese companies are not permitted to have Chinese publications be considered part of “public knowledge” by U.S. courts.

A little context is required here. Companies facing a securities fraud lawsuit will often try to defend themselves by stating that important facts that the SEC claims were omitted in public filings were, in fact, already made public elsewhere. For example, a lawsuit against a company may not have been disclosed in an SEC filing, however, newspapers carried the news of the lawsuit – thereby making the lawsuit public. Yet, when it comes to Chinese newspapers and publications, U.S. courts have found that such news articles, because they are in Chinese, cannot be considered in the general public knowledge.

Taken to its logical extreme, if a Chinese company held a press conference with the Chinese-language press and provided important information, a U.S. court would likely not deem that announcement “public knowledge.”

Again, we are talking about only the Motion to Dismiss stage. Accordingly, Chinese companies still have an opportunity to clear their names, but only after a resource- and finance-draining trial. Yet, Chinese companies, only by virtue of the fact that some of their important documents are in a foreign language face serious disadvantages in U.S. courts.

How Legal Translation Services Can Solve a Problem Like Unfairness?

Given all of the above, it would make sense for Chinese companies doing business in the United States, especially U.S. listed Chinese companies under an extra scrutiny in the time of Covid-19 pandemic, to hire a legal translation service to ensure that all important, SEC-relevant documents are translated from Chinese to English at the front end, before there is even a whiff of an SEC investigation. That way, a company can avoid the unfairness recounted above.

***This legal language translation article should not be construed as legal advice. You should always consult an attorney regarding your specific legal needs.***

Up Next: Certified Translation for Trade Secret Litigation 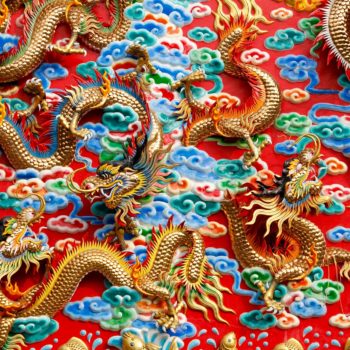 Translations for Trademark Squatting in China Read It! Legal Translation of U.S. Judgments in China Read It!