Home > Blog > Who Pays for Translation of Discovery Documents?

We’ve blogged before about document translation costs during discovery. Disputes over who is responsible for covering the cost of translators and interpreters during discovery can become quite contentious. In the federal cases discussed below, the courts examined two typical translation disputes that arose during the parties’ exchange of interrogatories and requests for production of documents.

Who Bears the Cost of Translating Foreign-Language Documents Produced in Response to Written Discovery Requests into English?

In NY Machinery Inc. v. The Korean Cleaners Monthly, the plaintiffs filed a complaint in 2017 for unfair competition, false advertising, defamation, and other claims after the defendant published an allegedly false and defamatory statement about the plaintiff’s products.

In a written opinion regarding the parties’ discovery dispute, the court noted that there was no clear answer within the Third Circuit as to who was responsible for bearing the cost of translating non-English documents. The court noted that F.R.C.P. Rule 34 does not address which party is obligated to translate documents received during discovery.

In its analysis, the court cited Nature’s Plus Nordic A/S v. Natural Organics, Inc., 274 F.R.D. 437, 439 (E.D.N.Y. 2011), a case in which one of the defendants sought an order asking the court to compel the plaintiffs to obtain translations for all non-English documents produced as part of the plaintiffs’ document production.

In that case, the court held that Rule 34 “does not provide the district court with any authority to direct the party producing documents to translate them and that such orders violate the well-accepted principle that each party bear the ordinary burden of financing his own suit…and that each party…is expected to bear any special attendant costs.” The court in Nature’s Plus also held that, absent a showing of prejudice for undue delay, the party responding to the document demand had no obligation to provide translations to foreign-language documents.

Thus, in accordance with Nature’s Plus Nordic A/S, the court in NY Machinery Inc. held that the defendants had no duty to translate foreign-language documents served in response to the plaintiffs’ document requests. Accordingly, the court denied the plaintiffs’ request to compel the defendants to translate the documents that it produced in response to plaintiff’s discovery requests into English. However, the court did note that in certain circumstances, a party may be obligated to pay for translation costs if the responding party produces irrelevant foreign-language documents in response to a reasonable request for production.

Who Bears the Cost of Translating Interrogatories into Responding Party’s Native Language?

Contact legal document translation company All Language Alliance, Inc. to obtain certified translation of non-English documents from any foreign language to English for discovery and beyond. The most common languages we are asked to provide certified legal document translation services from are: Simplified Chinese, French, German, Dutch, Traditional Chinese, Korean, Hebrew, Swedish, Italian, Russian, Mandarin, Portuguese, Japanese, Dutch, Spanish, Norwegian, Mongolian.  In addition to delivering official translations of all manner of evidentiary documents, we have experience in providing certified translation services for Section 337 investigations which often involve multilingual e-discovery in more than one foreign language.

Up Next: Legal Translation for Maritime Law 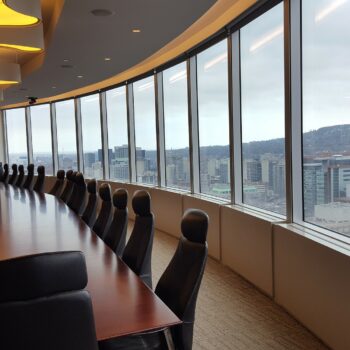