In the workplace, it is common to find people who try to cut corners with legal document translation services. People will do everything from convincing bilingual relatives to relying heavily on internet tools like Google Translate to get a document translated into the necessary language.

Suffice is to say, when you are dealing with sensitive or highly technical legal documents, those options are not realistically available to you. In fact, using those strategies could result in dramatically incorrect translations that could cause more problems – or hefty legal liability – for your client or your company.

Indeed, any legal matter, particularly ones involving trade secrets, patents, and other forms of intellectual property, requires the use of a skilled legal translation service. A recent lawsuit just filed in the U.S. District Court for the District of Maryland provides a good example of that kind of case.

Paice and The Abell Foundation vs. BMW

On November 21, 2019, Paice, LLC, a Baltimore-based hybrid technology company filed a lawsuit against the German carmaker, BMW. Paice holds about 29 patents in the field of hybrid vehicle drivetrain technology. In fact, the hybrid technology developed by Paice is, or has been, applied in various hybrid vehicles, including the Toyota Prius, the Ford C-MAX, and the Porsche CayenneHybrid.

Paice has already filed patent lawsuits (and obtained a number of favorable settlements) against a number of carmakers, including Toyota, Ford, Hyundai, and Kia. All of the lawsuits were designed to protect Paice’s hybrid technology patents, and Paice has now set its sights on BMW.

The lawsuit alleges that “In the face of universal industry recognition for Paice’s patents, BMW has continued to sell hybrid vehicles throughout the US without compensating Paice . . . for the very foundational hybrid technology that is critical to the success of so many hybrid vehicles on the road today, including BMW’s.”

Other carmakers, like Toyota and Ford have licensed Paice’s technology. Accordingly, Paice has gone to court to seek the same from BMW.

One interesting aspect of the lawsuit is the manner in which BMW is alleged to have obtained the hybrid technology in question. Paice states that BMW learned about the intricacies of Paice’s technology through a number of interactions.

Initially, Paice sent information to BMW on its technology, patents, and cost advantages at BMW’s request. In fact, at one point, Paice provided BMW’s fellow German carmakers, Volkswagen and Daimler, with detailed computer modeling and design specifications. Next, BMW began to work with a European agent of Paice, and BMW eventually obtained the agent’s patents.

Now Paice alleges that BMW is purposefully ignoring Paice’s requests to negotiate a license in good faith, while all the while selling hybrid vehicles that violate Paice’s patent rights.

First, a professional legal translation service has the ability to translate highly technical language. Not every language operates in the same manner. In some languages there are three words for an idea, whereas another language may have only one word for the same idea. Moreover, scientific terminology and legal jargon are typically very difficult to translate properly.

With a case like the Paice/BMW lawsuit, it is pretty clear that the Paice documents in English and the BMW documents in German will require a ‘heavy lift’ with regard to translation, because the documents will include a great deal of scientific and legal terminology.

In sum, consider contacting All Language Alliance, Inc., so we can work with you to handle all of your legal translation and deposition interpreting needs anywhere in the world. We partner with companies and law firms to ensure that all of your legal documents written in Simplified Chinese, Korean, Swedish, German, Norwegian, Portuguese, Arabic, Persian, Russian, Spanish, French, and other languages are translated accurately the first time. Email us today to learn more about our legal translation, international ediscovery translation, in-person deposition interpreting services for a live deposition and remote legal interpreting services for virtual depositions via Zoom in all languages, including Mandarin, Danish, Amharic.

Up Next: Legal Translation for Litigation over the EU Directive 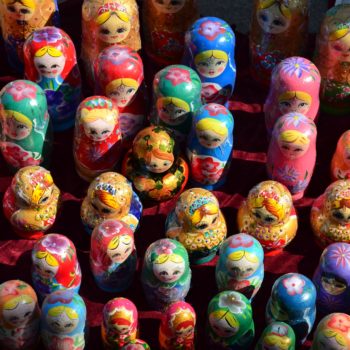