We’ve blogged about the court case where the failure to submit certified translation of affidavit led to the case dismissal. On a similar note, the testimony of a strong expert witness can determine the outcome of a case. As with any other witness, however, courts won’t just take expert testimony at face value.
Expert opinions are only as strong as the documents on which they’re based—including the certified translations of those documents when relevant.

As the case below demonstrates, courts are highly skeptical of expert opinions based on sloppy translations of non-English documents. Relying on such translations can significantly undercut the persuasiveness of expert testimony, effectively nullifying the time and effort spent in procuring such testimony for litigation.

On December 7, 2015, Ndiforchu Alfred Tamunang, a U.S. citizen, died on an Air France flight from Los Angeles to Paris. Flight attendants discovered Tamunang unconscious during the flight’s descent into Paris, and their attempts to revive him—including by CPR, a defibrillator, a balloon ventilator, oxygen, and a saline injection—failed. French medical personnel met the plane on the runway following an emergency landing and declared Tamunang dead of natural causes moments later. An autopsy conducted six weeks later in Cameroon determined that Tamunang died due to “accidental asphyxiation.”

In Ambe v. Air France, Tamunang’s wife, Nicoline Ambe, sued Air France on her own behalf and Tamunang’s estate for wrongful death and negligence. Ambe asserted that Air France was strictly liable for her husband’s death under the 1999 Montreal Convention, which makes air carriers liable for injuries caused by accidents—an unusual or unexpected event that occurs external to the passenger—on board their airplanes. Following discovery, both parties moved for summary judgment.

Estate Relies on Expert Testimony to Dispute Cause of Death

Ambe relied on three distinct expert witnesses to establish that Tamunang died by accidental asphyxiation rather than natural causes. Rule 702 of the Federal Rules of Evidence permits courts to consider the testimony of expert witnesses so long as it satisfies four conditions. First, the expert testimony must assist the court in understanding the evidence or determining a fact at issue in the litigation. Second, the testimony must be based on sufficient facts or data. Third, the testimony must be the product of reliable principles and methods. Fourth, the expert must have reliably applied those methods to the facts of the case under consideration. Because these elements were first established by the U.S. Supreme Court in the 1993 case of Daubert v. Merrell Dow Pharmaceuticals, they are sometimes referred to as the Daubert factors.

Ambe’s first expert witness was the doctor who performed the autopsy on Tamunang in Cameroon. In its Rule 702 analysis, the court noted that the doctor was a neonatologist and that there was no evidence that he had ever conducted an autopsy before. Moreover, the court questioned the fact that the doctor provided no methodology or basis for his conclusion that procedures other than those followed by Air France flight attendants would have increased Tamunang’s chance of surviving to 80 percent. Finally, the court impugned the autopsy report itself for its multiple internal inconsistencies, including both statements that Tamunang was “in good health and great shape” and that he appeared “thin [and] frail” with an apparent history of tracheal tubes.

Similar problems plagued Ambe’s second expert witness, a Cameroonian obstetrician/gynecologist who happened to be the sister of one of Ambe’s lawyers. Despite claiming to be an expert on Montreal Convention accidents, this doctor considered no data related to the case beyond the autopsy report of the first doctor—not even the French medical authorities’ conclusion that Tamunang died of natural causes. The court promptly rejected both experts as insufficiently reliable under Rule 702.

Ambe’s final expert was an American expert “in the field of aviation industry standards.” The court focused on the second requirement of Rule 702, that expert testimony be based on sufficient facts or data, in analyzing the reliability of this expert. The third expert admitted that she also relied upon the flawed Cameroonian autopsy report, but she also claimed to have considered the reports of the Air France flight attendants. But those reports were in French, and the expert did not speak or read French. Rather than seek a certified translation of the reports, the expert relied upon Google Translate to interpret the flight attendant reports and form her opinions.

The court was highly skeptical of the expert’s use of Google Translate to translate French documents essential to the formation of her opinions—particularly since Ambe never provided the French to English translations or attempted to prove their accuracy. The court ultimately concluded that the third expert’s testimony was also too unreliable to be admissible under Rule 702. Because Ambe had no other evidence that Tamunang’s death was caused by a Montreal Convention accident, it granted Air France’s motion for summary judgment and dismissed the case.

Ambe v. Air France proves once again that expert opinions are only as strong as the documents on which they are based. When those documents are written in a language other than English, their certified translations by professional human translators must be equally strong. Securing certified translations from experienced, independent translators is the best way to ensure such expert opinions survive the rigors of Rule 702. 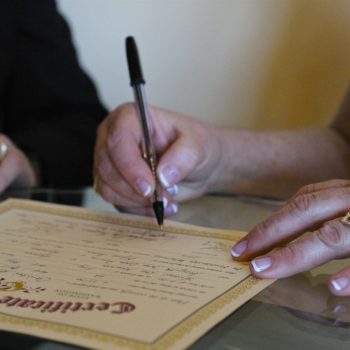