Is your company thinking about having some English corporate documents translated into Czech, or having some Czech business documents translated into English? Here are some important considerations to keep in mind when working with a translation firm providing certified Czech to English document translation services and English to Czech translations.  Need services of Czech remote deposition interpreters or of Slovak remote deposition translators?

With more than ten million native speakers around the world, you’re bound to run into someone who speaks Czech at some point. But before you pay for Czech to English legal, medical, or academic translation services, there are a few things you need to know.

For starters, Czech is the official language of the Czech Republic, currently known as Czechia.  And it’s also one of the official languages of the European Union. In fact, you’ll find Czech somewhat widely spoken in Slovakia, Portugal, Poland, Germany, Australia, and Canada.

Now that you know the basics, here’s what you need to know when you look for a translation company to translate your Czech depositions, certified documents, medical records, and financial records:

– Czech is a Slavic language, but Czech and Slovak aren’t interchangeable.

Because it’s a West Slavic language, if someone speaks Czech, there’s a very good chance that he also understands Slovak. However, some regional dialects are so unique that people outside the region simply don’t understand them. This is especially true when you’re dealing with someone who speaks Eastern Slovak. He may understand Czech, but because of the heavily accented speech in Eastern Slovak, the Czech speaker won’t understand him!
Bottom line — make sure that you specifically hire a Czech speaker to interpret for you. Don’t hire a Slovak speaker and hope that he can “wing it”.

– Czech itself has a number of different dialects.

Even native Czech speakers don’t all communicate the same way! For example, the dialects used in rural areas of the Czech Republic are very different from the dialects used in the bigger cities. As a result, you’ll need to make sure that your Czech to English interpreting service is experienced the specific dialect that you need.

While some dialects have fizzled a bit over the years, there are two main dialects that still split the country — Standard Czech and Common Czech. Standard Czech is what you’ll typically find in business correspondence, legal documents, academic papers, and other formal documentation. Common Czech, on the other hand, is more informal. It also sounds a bit different, with simpler inflections and a difference in the way sounds are distributed. Common Czech is especially common in Prague and Bohemia, regardless of how formal the situation.

– You may need Czech translators and interpreters even if you’re not leaving the country.

It’s estimated that more than 70,000 Americans speak Czech as their first language. In fact, you’ll find large Czech communities near Dallas, Texas; Minneapolis, Minnesota; Kansas; North Dakota; Nebraska; and Wisconsin. So if you plan on doing business in any of these areas, count on hiring a Czech to English interpreting service at some point.

Scientists at the U.S. Defense Language Institute have classified Czech as one of the most complicated languages in the entire world. A number of common Czech words have no vowels at all, which can be difficult for non-native speakers to pronounce. Czech words also come with a variety of hooks and accent marks that determine precisely how the word is supposed to be pronounced. And as you can probably guess, these marks are also important in written correspondence. Use them incorrectly, and you’ll risk looking ill-prepared. Even worse, your mistake could confuse the meaning of your correspondence altogether — something you simply can’t afford when you’re dealing with a deposition transcript or other certified documents!

– Czech business dealings come with their own set of nuances.

A good Czech translator will know to address your business correspondence to an entire company, rather than a specific individual. This practice in common in the Czech Republic so that important items aren’t ignored if the person on the envelope isn’t in the office.

Czech businesses also tend to have a strict business protocol. While Czech professionals appreciate — and expect — presentations that are simple and straight to the point, they also like to take their time making decisions. As a result, any business correspondence that you send should live up to these standards. 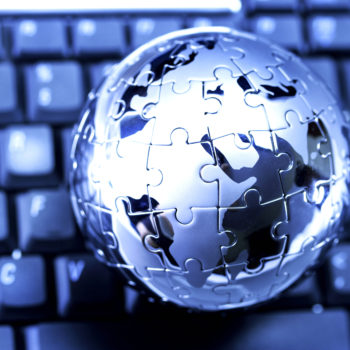