We’ve blogged before about certified translation services for matters involving international disputes. In Zuckerman v. The Metropolitan Museum of Art, an administratrix filed suit on behalf of an estate to recover a famous painting by Pablo Picasso entitled “The Actor.” At the time the lawsuit was filed, the famous painting was owned by and on display at the Metropolitan Museum of Art in New York City. Below is a summary of this unusual and compelling dispute.

Alice and Paul Leffmann, a German Jewish couple, purchased the Picasso Painting in 1912. Thereafter, they presented the Painting at various art exhibits in and around Germany until approximately 1929. In addition to the Picasso painting, the Leffmann’s owned a number of other valuable Chinese and Japanese artifacts and other works of art.

Life for the Leffmann’s changed drastically when Adolf Hitler came to power in 1933. Two years later, after the enactment of the Nuremberg Laws, the Leffmanns were forced to sell their home in Cologne, Germany, to an Aryan German corporation. In the coming years, they were forced to sell other real estate investments for a fraction of their value. The Picasso avoided confiscation by the Nazi’s, however, as the Leffmanns had entrusted it to be held by a German friend in Switzerland during this tumultuous time.

Facing increasing persecution and threats to their lives and livelihood, the Leffmanns fled to Italy in 1937. At that time, Italy was one of the few remaining countries that still welcomed German Jews. Before fleeing, the Leffmanns were required to liquidate their remaining assets in order to secure passage out of Germany. Although the Leffmann’s were able to make it to Italy, they would not reside there for long. Shortly after their arrival, the Italian government began to turn on German Jews living in Italy. Italian officials’ distaste for German Jews only increased in advance of Hitler’s visit to Germany in May of 1938.

As the situation for Jews in Italy became increasingly dire, the Leffmann’s determined they would need to flee the Nazi regime again. They hoped to go to Switzerland in order to live in peace. This, however, would require significant sums of money, so Paul Leffmann began efforts to sell the Picasso. After attempting to sell the Picasso painting to various individuals at the highest possible price, the Leffmann’s were forced to accept a very low offer of $12,000 from a Paris art dealer because they were desperate to secure the funds necessary to purchase tickets to fly to Switzerland.

Although the Leffmann’s made it to Switzerland successfully, they faced yet another hurdle when they arrived. By that time, the Swiss government began requiring emigrants to pay significant sums of money in response to the wave of Jews coming from Germany.

After the war, the Leffmanns returned to Switzerland, settling in Zurich. In 1956, Paul Leffmann died and left his entire estate to his wife, Alice. Alice died 10 years later and left her entire estate to 12 of her relatives and friends.

“The Actor” painting was owned by various individuals until 1952, when it was donated to the Metropolitan Museum of Art in New York City. The painting had been last purchased for $22,500 in 1941. In 2010, the estate of one of the Leffmann’s heirs wrote to the museum demanding the return of the Picasso painting. The museum refused to return the painting, and this lawsuit ensued.

The plaintiff filed a complaint in the United States District Court alleging claims for replevin and conversion and seeking a declaration that the Leffmann estate was the rightful owner of the Picasso painting. The plaintiff relied on the Italian principle of duress and public order/public morals. After being served with the lawsuit, the Museum moved to dismiss the lawsuit on the grounds that the plaintiff had not adequately alleged duress and that the sale of the Painting did not violate public order or morals under Italian law.

The court first applied choice-of-law principles in order to determine whether there was a significant difference on the issue of duress between New York law and Italian law. After examining the parties’ submissions from experts in the field, the court determined that New York and Italian law did not differ on the issue of duress. The court explained that Italian law, like New York law, required the plaintiff alleging duress to prove “a specific and concrete threat of harm that induced the victim to enter into a contract that would not otherwise have been concluded.” The court held that the plaintiff’s allegation that the Leffmanns were “forced by the circumstances in Fascist Italy” to sell the Picasso painting in 1938 was insufficient to establish duress.

The court reasoned that the allegation did not involve a specific or concrete harm and was too generalized to meet the pleading standards for duress under Italian law. The court also rejected the plaintiff’s argument that the transaction was void under the Italian principles of “public order” and “public morals.” The court found that these principles did not apply because the selling of the painting did not involve an illicit objective, such as hiring someone to commit a crime. The court held that although the Italian legal system implemented protections for people impacted by the racist laws enacted in Italy during World War II, the ability to rescind contracts was afforded to agreements entered into after October 6th of 1938. Unfortunately for the Leffmanns, they sold the Picasso in June 6th, 1938. Thus, the sale would not be subject to the rescission provision under Italian law.

The court also analyzed the matter under New York law, arriving at the same ultimate conclusion as to the sufficiency of the plaintiff’s claims. Specifically, the court held that the plaintiff could not plead a “wrongful threat” by the Museum or its counterparts to the 1938 sale. The court reasoned that it was the ongoing political environment that caused the Leffmanns to sell the painting, not any “wrongful” or “threatening” conduct by the purchasers of the Picasso. Since the alleged duress was not caused by the purchasers of the Picasso themselves, the court held that the plaintiff could not prove duress in regards to the subject transaction. The court further held that because the Leffmanns spent several years shopping the Painting around in an attempt to obtain the best offer and had other assets (including property in Italy), the Leffmanns had other financial alternatives.

Finally, the court undertook a choice-of-law analysis in the event that the plaintiff was correct that there was an outcome-determinative difference between the Italian and New York laws. The court held that if a choice of law decision had to be made, that New York law would apply over Italian law. The court reasoned that New York would have the greatest interest in the outcome of the litigation since the Picasso had been located in New York since 1938. In addition, the famous Painting had been on display for the benefit of the public in New York City since 1952.

The case is Zuckerman v. The Metropolitan Museum of Art, Case No. 16 Civ. 7665, decided on February 7, 20178 in the United States District Court for the Southern District of New York.

Up Next: Legal Translation for Retailers in China 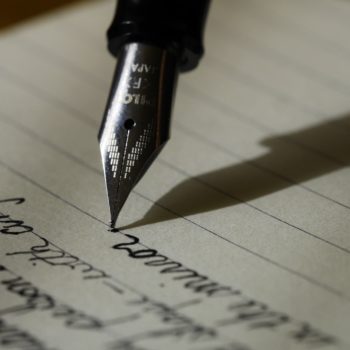