China Translation Services for Your Business

Quality English to Chinese legal translators are extremely rare.  Every company doing business in China needs accurate English to Simplified Chinese contact translation services. There is little question that China is a major player on the world stage with regard to trade, manufacturing, and business deals in general. Indeed, the current political discourse surrounding China’s conduct in the steel trade, and tariffs in response, serves to put a spotlight on China’s significance in the world economy and on China translation services.

That said, there are two major rules to keep in mind when starting with an English-language contract with Chinese companies. Follow these rules to save yourself considerable resources in breach of contract litigation. And the key to following both rules comes from hiring a quality English to Chinese legal translation service to help your business.

Under Chinese law, contracting parties are free to choose the language of their contract. If, however, a contract is in both English and Chinese, and the parties fail to choose which contract controls, then a Chinese court or arbitration panel will see the Chinese-language version as controlling.

Similarly, if a contract is in English only and the contract is litigated in China, a Chinese court or arbitrator will have the contract translated from English to Simplified Chinese. More often than not, the translation will be very poor, and the parties will end up spending time and money fighting about mistranslations, rather than the primary contract dispute.

Finally, with contracts with Chinese State Owned Enterprises (of which there are many), Chinese language and law control, and any disputes will be litigated in China.

So the moral of this section is to get a high-quality Chinese legal translation service in your corner from the get-go. That way, you can take your English-language contract, with which you are most comfortable, and ensure that it is accurately translated into Simplified Chinese. With that Chinese version in hand, you will know that any Chinese court or arbitrator that deals with the contract will be dealing with language and a translation of which you already approve.

2. Legalese will get you into trouble in China; keep it simple.

We are all aware that contractual language can get pretty arcane, technical, dense, and quite difficult to understand and even ambiguous. Just try to read any online agreement when downloading an app or computer program, and you know what we mean. In fact, most English-language contracts drafted by American lawyers begin with a long definition section that defines all the terms in the contract. Those hyper-technical, dense, “fine-print”-type contracts don’t fly in China. Simply put, the Chinese use simple contract language.

Mandarin Chinese Translators You Can Trust

To be clear, Chinese courts, lawyers, and businesspeople will only deal with contracts that follow Chinese law. Chinese law, in turn, is more focused on basic terms of a deal and the motivation of the contracting parties. Therefore, lengthy contract provisions that were drafted to avoid case law or certain legal precedents are not fully honored, if at all, in Chinese courts.

Furthermore, Chinese businesspeople will likely not object to overly complex contract language when making a deal. Rather, they will simply sign the contract knowing that the complex, overwritten provisions will be rejected by a Chinese court anyway. Thus, foreign contract drafters with convoluted contractual provisions are simply shooting themselves in the foot by drafting such complexity into a contract.

What does this mean for your business? Simplicity is key in dealing with Chinese businesses. A seasoned English to Chinese legal translation service that uses trustworthy Mandarin Chinese translators can help you translate your business contracts to Simplified Chinese.

Certified Chinese Translator In Your Corner

In sum, if you want to use your English-language contract in a deal with a Chinese business in China, expect to have a Chinese-language version – in simple, non-legalese language – ready to go. The way to do that is by hiring a professional legal translation service that specializes in translating English legal documents to Simplified Chinese.

**This law document translation blog post should not be construed as legal advice. You should always consult an attorney regarding your specific legal needs.

Up Next: Certified Translation for Breach of Contract Litigation 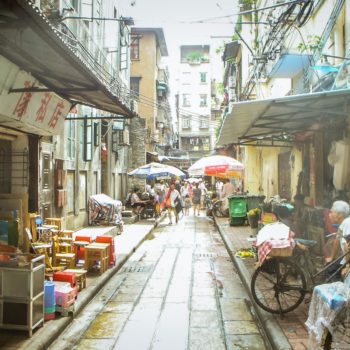