In Jashari v. Sessions, the petitioner sought review of a final order of removal by the Board of Immigration Appeals (“BIA”). The petitioner, who identified as a “Muslim Albanian Kosovar,” was a citizen of the former Yugoslavia and spoke Albanian. Although the petitioner’s wife and three children were U.S. citizens, it was unknown exactly when the petitioner entered the United States.

In his appeal to the Sixth Circuit, the petitioner alleged that the Immigration Board erred by: 1) not considering his false testimony as “timely rejected,” 2) determining that he filed a “frivolous” application for asylum; 3) finding that petitioner had withdrawn his application for withholding of removal; 4) denying the petitioner’s motion to reopen the removal proceedings due to ineffective assistance of counsel, and 5) not remanding his case to the Immigration Judge to consider his conversion to Christianity. A summary of the case follows below.

The facts relevant to the petitioner’s appeal go back to 2008, when the petitioner filed a “Form I-589” “Application for Asylum and for Withholding of Removal” with the U.S. Citizenship and Immigration Services. Pursuant to this form, applicants can request the following three types of relief: 1) asylum; 2) withholding of removal; and 3) protection according to the U.N. Convention Against Torture. The petitioner requested all three forms of relief on his I-589 Form.

Several months later, petitioner was interviewed by an asylum officer using an Albanian interpreter. In 2010, the asylum officer denied the petitioner’s application on the grounds that he had “failed to demonstrate by clear and convincing evidence that the application was filed within one year of his last arrival” in the United States. According to the officer, the petitioner was unable to provide any travel records or receipts documenting his arrival to substantiate his claim that he crossed the border into Texas in 2007.

The petitioner’s wife subsequently filed a Form I-130 in order to adjust his status on his behalf, and the petitioner signed another form containing information about his residential history while in the United States.

In 2015, the petitioner along with a new attorney appeared before an Immigration Judge for removal proceedings. The petitioner requested that his pending application for asylum be withdrawn even though the judge informed him that it was the only request for relief that was pending before the court and the “only defense against being deported” in his file. The petitioner was allowed to testify against his removal, and he testified that he arrived in the U.S. via airplane in September of 2006 with his wife, even though this contradicted the information on his I-589 Form. On cross examination, when asked why his testimony contradicted the information on his I-589 form, the petitioner claimed that he “did not speak the language.” The petitioner admitted, however, that he was provided with access to an Albanian interpreter during the process. The petitioner also testified that his attorney told him to lie about his date of entry in the United States and could not reconcile his testimony with the statements on another form he submitted in connection with his wife’s Form I-130.

At the close of evidence, the immigration judge held that the petitioner had filed a frivolous asylum application and that he could be removed from the United States. The judge found that the petitioner was not credible and had knowingly lied to government officials, among other things.

At the removal proceedings, the petitioner’s testimony changed yet again. This time, the petitioner claimed that he had not withdrawn his application for withholding of removal and submitted documentation purporting to demonstrate that he had converted from Islam to Christianity, arguing that these factors provided evidence of “changed circumstances” that warranted a reopening of the removal proceedings.

Following the BIA’s decision, the petitioner filed a petition for review before the U.S. Court of Appeals for the Sixth Circuit. The Sixth Circuit affirmed the order of removal by the BIA, finding the petitioner’s arguments unpersuasive for several reasons. The court agreed with the Immigration Judge’s and BIA’s decisions that the petitioner had filed a frivolous asylum application, noting that the court had previously called a finding of frivolousness by lower courts “the veritable death sentence of immigration proceedings.” See Alexandrov v. Gonzales, 442 F.3d 395, 398 n.1 (6th Cir. 2006). The court found that the petitioner had voluntarily withdrawn his I-589 Petitioner after being warned by the court that it was his “only form of relief.” The court also rejected the petitioner’s “changed circumstances” argument on the grounds that the petitioner had not submitted any evidence to demonstrate how he would be harmed in his home country as a result of his alleged conversion to Christianity.

**This translation blog post should not be construed as legal advice. You should always consult an attorney regarding your specific legal needs.

Up Next: Chinese Contract Translation Services 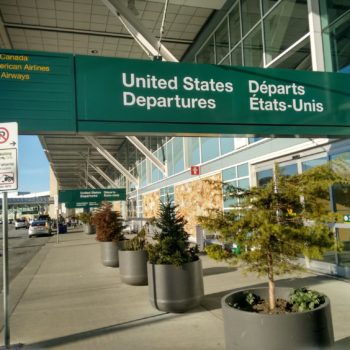 Legal Translations for Immigration to the U.S. Read It!