In Weishan Hongda Aquatic Food Co. v. United States, discussed below, a group of Chinese entities in the seafood business filed an appeal with the U.S. Court of Appeals for the Federal Circuit. The Chinese companies challenged an administrative review decision involving the antidumping order on freshwater crawfish tail meat from the People’s Republic of China along with the decision of the U.S. Court of International Trade to uphold the Commerce Department’s calculations which were adverse to the Chinese entities.

“Dumping” is when a company exports their products to another country and charges a lower price than it would in its home market. Anti-dumping laws seek to prevent this activity by imposing tariffs on foreign goods that are perceived to be priced below their fair market value. According to the United States International Trade Commission’s website (USITC),

“Under the Tariff Act of 1930, U.S. industries may petition the government for relief from imports that are sold in the United States at less than fair value (“dumped”) or which benefit from subsidies provided through foreign government programs. Under the law, the U.S. Department of Commerce determines whether the dumping or subsidizing exists and, if so, the margin of dumping or amount of the subsidy; the USITC determines whether there is material injury or threat of material injury to the domestic industry by reason of the dumped or subsidized imports.”

A “dumping margin” is the margin by which the price the exporter charges in its own market exceeds the price charged in the United States. According to 19 U.S.C § 1677b(c)(4), Commerce must value the factors of production “to the extent possible . . . in one or more market economy countries that are—(A) at a level of economic development comparable to that of the nonmarket economy country, and (B) significant producers of comparable merchandise.”

In 1997, the U.S. Department of Commerce issued an antidumping order regarding freshwater crawfish tail meat from China. In 2014, pursuant to requests for administrative review, the Commerce Department reviewed the dumping practices of the two largest exporters of crawfish meat in China.

The Chinese entities sued the United States in the U.S. Court of International Trade (“CIT”) challenging these dumping margins. After the resolution of some procedural matters, the CIT ultimately upheld the Commerce Department’s anti-dumping calculations.

After the CIT ruled in favor of the United States, the Chinese companies appealed the decision to the Court of Appeals for the Federal Circuit. The Chinese companies argued that the Commerce Department improperly rejected the financial statements from the Thailand company in favor of the South African company in calculating the dumping margins. However, the Court of Appeals found that the Commerce Department correctly disregarded the financial statements from the Thailand company since there was evidence that the Thai company had received export subsidies under Thailand’s Investment Promotion Act and because there was other more reliable data available; namely, that of the South African company.

The Court of Appeals specifically rejected the Chinese companies’ arguments that the Court of International Trade erred in its calculations. The Court agreed with the Commerce Department’s determination that the South African company’s report was the “best available information” to value the dumping ratios. The Court of Appeals cited to 19 U.S.C. Section 1677b(c)(1), which provides that the Commerce’s decision “shall be based on the best available information regarding the values of such factors in a market economy country or countries.”

The case is Weishan Hongda Aquatic Food Co v. United States, Court No. 2018-1375 decided on March 5, 2019 in the United States Court of Appeals for the Federal Circuit.

Up Next: Legal Translation Services for ITAR Compliance 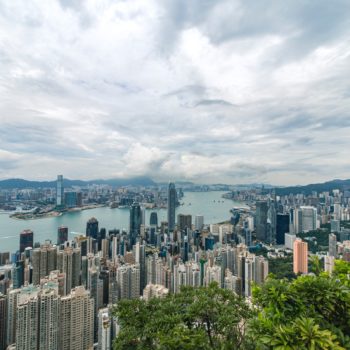