Certified English to Turkish legal translation services, Turkish remote deposition interpreting services via Zoom, and in-person Turkish deposition interpreting services are often needed by law firms and corporations.  The Turks are known for being careful in business. If you want to work with them, you’re going to have to develop a relationship first — which means that you’ll probably need to do a Turkish translation on several different documents before you can count on them to sign on the dotted line.. And, Turks typically like to get to know someone before they do business with them, so count on needing more than just contracts and financial documents translated. You’ll also have to draw up letters and other more personal types of correspondence and have them go through an English to Turkish translation.

So, what do you need to know about the Turkish language?

Dating back more than 1,000 years, more than 80 million people around the world speak Turkish. It’s the official language in Turkey and Northern Cyprus, and is also spoken by millions of people in Europe and Asia either as a “minority language” or by the significant number of Turkish-speaking communities residing in many countries due to the large Turkish diaspora.

Bottom line — if you plan on doing business with people in Turkey, you’re going to have to find a legal translation services that can do a top-notch Turkish translation for you.

You won’t be able to rely on just any Turkish translator, though. That’s because Turkish comes with a few twists that make it different from other languages.

Professional Turkish Translators at Your Service

The Turkish language is complex.  For example, there’s a hierarchy of second-person pronouns. Different ones are used between friends and business contacts to signify courtesy or familiarity and to distinguish age or social distance. In Turkish, there is also a strong usage of honorifics. That means your English to Turkish translation will have to be done very carefully, so that you don’t inadvertently offend anyone.

If you want to show the ultimate respect, use plural second-person pronouns to refer to a single person. Typically, though, these should only be used if you’re dealing with people who are much older than you, or people who have a very impressive educational background or status.

A good Turkish to English translation will take awhile, because the Turkish and English sentence structures are complete opposite. Turkish uses the Subject-Object-Verb structure, so your translator will have to rearrange every single sentence for things to make sense.

You’ll also need a Turkish translator who understands a variety of dialects which include but are not limited to Anatolian dialects (spoken in different regions within the country), Balkan dialects (spoken in countries like Bulgaria, Macedonia, Kosovo and Romania) and Meskhetian dialect (spoken in those countries that had been part of the former Soviet Union, such as Uzbekistan, Turkmenistan, Azerbaijan).

Turkish is actually a dialect of the family of Turkic languages that dates back to as early as 8th century, originating in Central Asia. Looking at the history of Turkish people from ancient times to modern day, they have had contacts with and influence over many countries in the continents of Asia, Europe and Africa, particularly during the Ottoman Empire era.

When you also consider the geography of the country, straddling two different continents – Asia in the east and Europe in the west – the mutual influence over the years in terms of culture and language makes sense. Thus, Turkish has borrowed a number of words from other languages also. In fact, many of its modern day technology terms are taken directly from English! Over the years, Turkish has also taken words mainly from French, Arabic, Italian, Persian, Greek, and even Latin. In fact, your Turkish translator may also be able to help you make sense out of a French document, because so many of the words are the same (or, at least, very similar)! Hebrew to English Translation Read It! 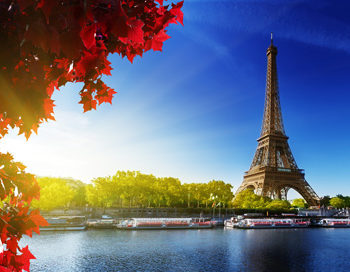