English to Spanish legal translations of consumer contracts plays an important role in today’s economy.  At the end of 2017, class action lawsuits were filed against three different California solar power companies, alleging that those companies deceived Spanish-speaking consumers with English-only contracts. The plaintiffs in the cases allege that Vivint Solar Developer, LLC; SolarCity Corporation; and American Array Solar, Inc. violated California law – the California Translation Act, in particular – by having meetings with customers in Spanish, but then requiring them to sign English-language contracts.

Those recent class action complaints give important context to an issue that is currently brewing in California and throughout the United States. As our country becomes more multilingual, and relies on a labor force in which more people have English as a second language (or do not speak English at all), the need for enforceable contracts to be formed between people who may not speak the same language is vital, provided of course that top-notch legal translators are available to assist.

The Problem of Mutuality of Assent

It is a typical reality today that a person in the U.S. who does not speak much English will conduct his or her affairs by having a spouse or family member act as an informal translator. The consequence of such an arrangement is that a non-English speaking person may fall prey to fraud or trickery, and the spouse or child who is acting as an informal interpreter may be unable to properly interpret sophisticated legal agreements.

Accordingly, if family members or child interpreters get the translation wrong, it is difficult to say whether the non-English speaker truly understood what was in a contract. That means that there was no “mutuality of assent” or “meeting of the minds.” Stated differently, if each party has a different understanding of the rights and responsibilities under the contract, then the parties are not agreeing to the same terms, i.e., the assent to the terms of the contract is not mutual. That lack of mutuality of understanding renders a contract unenforceable.

However, courts can vary with regard to finding a lack of “meeting of the minds” when dealing with non-English speakers. In some cases, the language barrier, or proof of insufficient interpretation, may be enough. However, other courts put the onus on the non-English speaker to have an agreement accurately translated, and the court will enforce a contract as long as it is signed by both parties. Indeed, courts have frequently held that merely being unable to understand English is not sufficient grounds to avoid a contract. A language barrier is only relevant when a party is pressured into signing something and is not given sufficient time to have the document translated.

• The Equal Credit Opportunity Act, which provides that the same financial products and services should be available to all people, regardless of their primary language;
• The Electronic Funds Transfer Act, which involves the electronic transfer of funds (point-of-sale, automated teller, and direct deposit transactions, etc.), and provides for translation of disclosures in languages other than English; and
• The Unfair, Deceptive, and Abusive Acts and Practices under the Dodd-Frank Act, which prohibits any representation or omission that “interferes with the ability of a consumer to understand a term or condition of a financial product or service.”

• Laws that require consumer product and service providers to translate contracts and other disclosures for consumers; or
• Laws that require a non-English speaker to affirm that he or she has used a legal interpreter in executing a contract, and therefore, understands the terms of the contract.

California’s law, enacted in 1976, the California Translation Act (discussed above), is an example of the first type. The Act, passed to increase the information and protections to consumers in California’s increasing Spanish-speaking population, requires contracts for products and services to be available in Korean, Spanish, Tagalog, Vietnamese, and Chinese. Texas also follows this first type of legislative choice.

Illinois law exemplifies the second type, whereby a non-English speaking consumers need to acknowledge that they have had an interpreter explain an agreement to them.

The most important takeaway from this discussion is the fact that federal and state lawmakers are trying to keep a level playing field for non-English speaking consumers in this country. However, to avoid lawsuits in the first place, a company should proactively ensure that documents, contracts, disclosures, and agreements are translated for consumers.

*This language translation blog article should not be construed as legal advice. You should always consult an attorney regarding your specific legal needs.*

Up Next: Legal Translation Services for the SSA Lending To Those With Limited English Proficiency Read It! 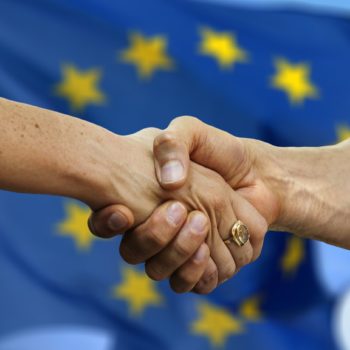 Legal Translation Services to Comply with ERISA Read It!