Certified translations of foreign laws and other foreign language documentary evidence play an important role in multinational litigation. The internet makes it easier than ever before for people to find love anywhere in the world. There’s even a hit TV show about Americans in relationships with people from other countries. And while such couples may find that true love transcends language barriers, American courts still require foreign language legal documents and evidence to be translated into English.  As the Court of Appeals of Michigan case, In re Estate of Crane demonstrates below, accurate certified English translations of documents and laws in foreign languages can prove vital to success in multinational litigation. Because she took the time to follow the law and provide certified translations from Romanian to English, one woman was able to vindicate her marriage and secure her and her son’s place as her husband’s true heirs.

In 2004, Michigan resident Donald Crane met Lilia Untila, a Moldovan resident, on the internet. The two commenced an online romance that continued for two years, even after Lilia informed Donald in late 2005 that she was pregnant with another man’s child. Donald visited Lilia in Moldova twice during early 2006. During the second visit, Donald married Lilia. A week later, Lilia gave birth to a son she named Vladislav Crane. Upon his return to the United States, Donald tried unsuccessfully to procure visas for Lilia and Vladislav.

On September 15, 2007, Donald died in his home in Michigan. Because he had no will, his brother, Jack Crane, filed an application for probate in Macomb County Probate Court. In the application, Jack indicated that Donald had no surviving spouse or child despite knowing about Lilia and Vladislav. Based on the assumption that Jack was Donald’s closest living relative, the court appointed Jack as the personal representative of Donald’s estate.

Two months later, Lilia filed a challenge to Jack’s appointment as personal representative. In her filing, Lilia alleged that Jack was deliberately attempting to deprive her and Vladislav of their rightful inheritance from Donald. To support her challenge, Lilia also filed copies of her and Donald’s Moldovan marriage certificate and Vladislav’s Moldovan birth certificate. The marriage certificate showed that Lilia married Donald on May 10, 2006, and changed her name to Lilia Crane thereafter. The birth certificate showed that Vladislav was born on May 19, 2006, and listed Lilia and Donald as his parents.

Because the official language of Moldova is Romanian, Lilia also included certified English translations of the Romanian marriage certificate and the Romanian birth certificate. Both documents were also accompanied by apostilles prepared in Moldavia attesting to their authenticity in compliance with the 1961 Hague Convention. Finally, Lilia filed an affidavit in Romanian further attesting to her marriage to Donald and Vladislav’s parentage. The affidavit was also accompanied by a certified English translation from Romanian.

Jack responded to Lilia’s challenge by filing English translations of yet more documents in Romanian: the Moldovan Family Code and the Moldovan Civil Status Law. Jack asked the probate court to take judicial notice of the statutes and to nullify Lilia and Donald’s marriage based on Moldovan law.

Jack’s plan backfired, however. The court noted that Moldovan law only gives certain individuals legal standing to challenge marriages performed in the country. Unfortunately for Jack, that group does not include siblings of the spouses. Accordingly, the court ruled that Jack lacked standing to challenge the marriage, that the marriage was valid, and that Lilia and Vladislav were Donald’s true heirs. Jack promptly appealed the probate court’s decision.

Appellate Court Relies on Accuracy of English Translations from Romanian

On appeal, Jack challenged the probate court’s reliance on Moldovan law to deny him standing to challenge Lilia and Donald’s marriage. The appellate court began by noting that Michigan law explicitly permits courts to take judicial notice of the laws of foreign nations—a change from a prior rule that required parties to prove the existence and substance of foreign law. The only requirement for such notice is that the law be “capable of accurate and ready determination by resort to sources whose accuracy cannot be questioned.” The appellate court interpreted this requirement to mean essentially that the foreign law be accurately translated. Because the translations of the Moldovan statutes from Romanian into English were certified and neither party disputed the accuracy of the certified English translations, the probate court properly took judicial notice of Moldovan law.

Up Next: Lack of Certified Translation Can Derail Cases 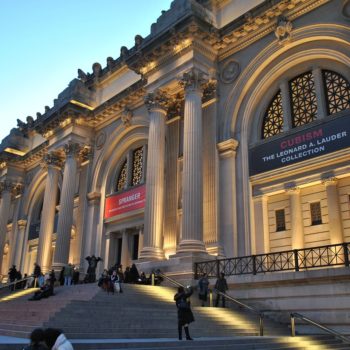