Legal translation services for the non-English-speaking testator play an important role today.  According to the 2010 American Community Survey, 20.6% of the United States population (age 5 and older) speaks a language other than English at home. Of that number, 13% speak Spanish at home, which comes to about 37 million people. That is a large number of people who may, at some point, need your help to draft a will, a Durable Power of Attorney (DPOA) and Power of Attorney (POA).

Indeed, we all know that the probate of will can often be a long, expensive, and arduous proceeding. Any issue or objection to the validity of the will can make it that much longer. Of course, as an attorney or estate planner, you wish to have the probate move as smoothly as possible. The question becomes how you can lay the groundwork for a smooth probate process when your client does not speak English very well. The answer: A professional legal translation service.

As you may know, executing a valid will requires that the person making the will be of sound mind and memory. In other words, the testator must have the testamentary capacity. Courts have typically determined that to mean that the testator, at the time of execution of his or her will, had sufficient mental ability to:

With that standard in mind, issues arise when dealing with individuals who want to create a will but have a challenge with communication. That would include people who are blind, hearing impaired, speaking impaired, illiterate, or non-English speakers.

Given the percentage of people in the U.S. who do not speak English in the home, it is very possible that you will be employed to draft a will for a client who is literate, but not in English. Two possible problems arise when dealing with non-English-speaking clients. First, you may have a person who wrote his own will, a holographic will, in his native language. Second, you may do the drafting of the will in English containing your client’s wishes, but your client cannot read English and therefore cannot confirm that what you wrote is accurate. Let’s take each issue in turn.

Legal Translation of Last Will and Testament Written in Another Language

The main issue that arises with a client who already has a last will and testament in a language other than English is understanding the specific contents of the will. If your client already came to you with a legal translation of the will, it may be difficult to discern the accuracy of the translation, particularly if the translator is a family member who either stands to benefit, or was left out of, the will.

In those circumstances, if interpreting the contents of the will is in question, the courts will most likely solve any conflict by admitting other evidence – extrinsic evidence outside of the will itself – to determine the testator’s intent. Such an approach is common when a will that is in English has a material ambiguity that must be resolved.

If your client, however, is still able to assist you with the crafting of the will, or asks you to provide a translation, then you can employ the services of a professional legal translator to translate the will from the client’s language to English. Then, the testator will execute the non-English and English versions as one will.

With that arrangement, however, it is possible that a discrepancy discovered at the time of the testator’s death will pose a problem at probate. In other words, there is a chance that a provision in the non-English version appears to conflict with the English version.

To avoid that problem, be sure to include a clause in the will that states that one version, either the non-English or the translated version, controls in the case of any discrepancy.

In fact, in the case of Estate of Louis Rosenak, 710 N.Y.S.2d 813 (Sur. Ct. 2000), that very issue came up when a will was both in Hebrew and in English, and the versions did not appear to agree on one particular provision. Luckily, a clause in the will stated that the Hebrew version controlled in case of any discrepancy. Thus, a protracted probate fight was averted.

Translating a Will Written in English

In contrast to a will written in the testator’s native language, the issue that comes up with a will written in English for a non-English-speaking client is testamentary capacity, i.e., was the testator ignorant of the contents of the will when executed. The legal rule is generally that an inability to read or write English (or read or write at all) does not affect testamentary capacity. However, to avoid later objections after the testator’s death, you need to demonstrate that the testator knew the contents of the will at the time of execution.

To do that, you could:
1. Employ a legal translator to translate the last will and testament, and have the translation approved by the testator. (Again, include a clause stating which version controls in the case of any discrepancy).
2. Have a legal translator read the will to the testator as the will is being read aloud at the signing/execution ceremony, and do so with witnesses who can swear to the accuracy of a transcript of the ceremony.
3. Have the will execution ceremony video recorded.

As you can see, professional legal translation and legal interpreting services are vital when working with a non-English-speaking testator. In that vein, consider contacting All Language Alliance, Inc. as your go-to translation service for a will or any legal matter involving non-English-speaking clients. We are the best in the business when it comes to professional translations from and into Croatian, Russian, Swedish, Italian, Swiss German, Mandarin Chinese, Japanese, Spanish, German, Hebrew, Korean, and other languages that are accurate the first time. And we always get high marks for our quality customer service. Email us today to learn more.

Up Next: Translating Emojis Across Jurisdictions 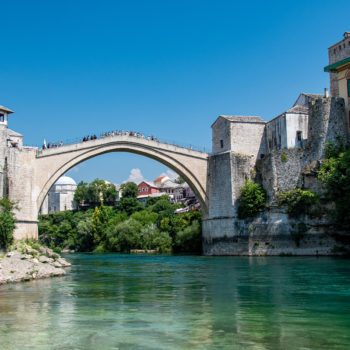